Vision beyond barrier and bias

Meet our strategy leaders who drive innovation and growth 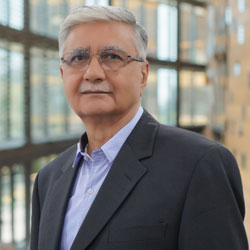 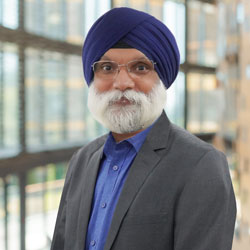 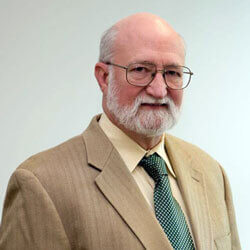 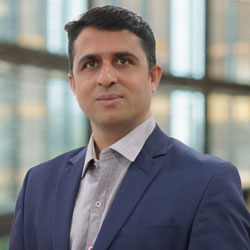 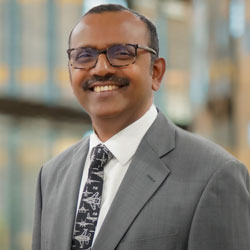 Bharat Khatau is the founder, Chairman and CEO of Trigent Software, a global software services company with clients in US, Europe and India. To date Trigent has developed or contributed to more than 100 software products in the market for small and large clients, and also developed patented products in the semantic internet space.

Bharat was a co-founder and CEO of Better Software Technology, developing software products for the high volume PC software market. Since 1982, Bharat ran an IT and engineering consulting company providing specialized factory automation services to large and small companies such as DataGeneral, SpecTran, Proteon, Champion Spark Plugs, Thinking Machines, Compaq Computers, Levolor, etc. Before that he worked at GTE Laboratories (now Verizon) and for a specialty high performance computer company.

Jayesh Khatau is currently a board member and responsible for Trigent's financial operations, support systems and facilities.

Jayesh has about 35 years of experience in the industry. Prior to Trigent, he ran a successful consulting and application software company, developing and implementing ERP, logistics, production management software for the Indian industry and providing software services to U.S. clients. His clients included companies from engineering, discrete and process manufacturing, with sectors such as automobile, tyre, yarn/textile, chemicals, fertilizer, food processing, logistics, pharmaceutical, cement etc. He started his career at Morarji Chemicals, Bombay in the financial and systems areas. He was responsible for automation of operational and financial processes, controls at both factories and the headquarters.

He was a founder of an Asset Management Company, Marigold Capital Services Ltd in 1996 as a joint venture with the Mariwala Group. He started a Venture Capital Fund, Marigold Mezzanine Investment Fund and headed this fund for 12 years. During this tenure, he has reviewed more than 250 start-up proposals and invested in 10 start-up companies in the Software and Technology Industry.

Prior to this, he was running a very successful independent management consultancy firm for a period of 8 years from 1988 to 1996. His clients included well reputed companies such as Zee Telefilms, Rosemount India, Marico, Kancor Flavours and Jayant Agro.

Currently, Gurmeet is serving as a Senior Board Member and is actively involved in the corporate and strategy planning of companies such as Trigent Software Pvt. Ltd., Marigold Capital Management Ltd., Conscript HR Advisors Pvt. Ltd., and G-Plus Management Services Pvt. Ltd.

As CTO, Chuck Rehberg sets the direction for Trigent's technology initiatives. Over the past 14 year at Trigent, He has developed several patented technologies in the area of Artificial Intelligence, natural language processing, and semantic web based computing. He has deep experience in the high-tech industry, developing leading-edge solutions in the areas of software tools, artificial intelligence and AI-based configuration software. Under his leadership, Trigent offers innovative high end solutions to automotive, civil engineering and defense industry verticals. Chuck holds a Bachelor's degree from University of New Mexico and has collaborated in research programs at Stanford University, Carnegie Mellon University and MIT.

As CTO at Trigent Software and Chief Scientist at Semantic Insights™, Chuck has lead the development of mission critical systems in use today at Navistar International Corporation (NYSE:NAV); patented the "Fast Rules Selection Engine" (FRSE), the world's fastest and most scalable rules engine; lead due diligence for mergers and acquisitions and directed the subsequent integration of personnel and technology. Chuck has developed several enabling technologies (held as trade secrets) to allow improved reliability, performance, and delivery times while increasing productivity and minimizing cost. Chuck has a passion for solving problems.

Semantic Insights™ is the R&D division of Trigent Software, Inc.

Chella Palaniappan oversees all our client engagements of enterprise software development, cloud services, product development, integration, and testing. Chella works closely with our clients in North America to ensure their offshore initiatives and ODC execution is smooth and efficient. Prior to joining Trigent, Chella worked for Tata Unisys and The National Informatics Center of India.

Rohail heads our Professional Services division and is responsible for its overall strategic growth and leadership, serving the needs of our customers across the India & APAC region.

Rohail has over 16 years of cross-functional and diverse experience in the IT industry and has been with Trigent since 2011. Before joining Trigent, he held strategic and critical business roles at large IT services multinationals such as Accenture, IBM & Ciber in various domains, including IT Infrastructure Management Services, Sales, Offshore business development & Business operations.

Rohail holds a bachelor's degree in Applied Sciences and MBA from Bangalore University. He loves adventure sports and traveling. He is actively involved in mentoring many start-ups in his spare time.

Joseph Jayachandran, or JJ as he is popularly known, heads the Human Resources function at Trigent. JJ was instrumental in Trigent's growth during its first 10 years. He re-joined Trigent in 2016.

An accomplished HR professional with 25+ years of talent acquisition and management experience, he has a track record of enabling organizations to scale and mature through effective HR strategies that synergize HR and business to build sustainable and effective organizational design and culture. JJ has worked with organizations such as IOCL & Digital Juice. He was on Digital Juice's Board of Directors, providing strategic vision and direction to the company.

JJ holds a Bachelor's degree in Commerce from Loyola College and a Masters in Personnel Management from Madras School of Social Work. He has a second Master's degree in Human Resource Management from the University Of Hull, UK. JJ was also a proud recipient of the prestigious Commonwealth Scholarship.