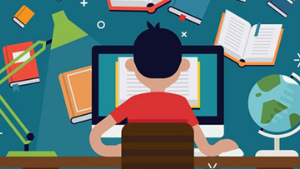 The best part about working with Trigent is their eagerness to develop industry-first solutions. That’s exactly what we got in terms of the game- based solution that was way ahead of the contemporary solutions available at the time.

A multi-national language education company came to Trigent when it wanted to leverage the power of the Internet to capitalize on the growing English as a Second Language (ESL) market.

The company is “the world’s largest language school,” promoting education travel, intercultural exchange, and language learning. With 30 language schools in 40 countries, almost three million people have participated in one of its programs.

To reach out to ESL students, the client decided to implement a series of language games that would challenge student’s English abilities in ways that traditional word games could not.

By using the Web as a delivery tool, the company wanted to bring ESL-related services to a much broader audience than its traditional English language travel programs while increasing awareness of its overall offerings.

The Trigent team used HearMe's POP.X architecture as a framework to create the games, which were developed using Java. In the course of the six-month project, Trigent took the project from initial prototypes for the interactive language games through development and implementation of the final application on time and within budget.

The game-based learning platform had a significant impact on the language learning company’s business: