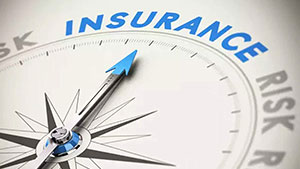 Trigent met each challenge that came across their way. With Automation testing, we benefited from accelerated product releases, seamless migration, and smoother function of the web application. We’re happy with the results we’ve seen so far.

The client is one of the largest Managing General Agents (MGA) in the US, an intermediary between an insured and the insurance company. Their expertise involves crafting unique insurance coverage based on special risk assessments and specific coverage needs of their clients. Their web application is used for complex calculations involving underwriting risks, claims and policy issuance, and generating reports for regulatory compliance.

Legacy VB6.0 server application needed to retire to welcome modern intranet web application with smoother navigation and enhanced features
Testing of high volumes of sensitive data needed to be migrated from desktop to web application
Each module contained high-level features with complex policy calculations that had to be handled carefully
The application is tightly coupled with multiple players-market, products, agents, contracts, inspectors, state tax and fee, terrorism, etc., and incorporated in a single screen – that demanded testing from each perspective
Feature changes and Regression Testing were needed – As the insurance policies were live, any small feature change had the risk of causing a major financial impact on the client and the end-consumer

Trigent’s experience in the insurance domain, understanding of the client’s business model, and expertise in QA processes equipped them in effectively migrating massive sensitive data with Test Automation. Data integrity was ensured at every stage of the transition. The web application and portal were developed using Angular.