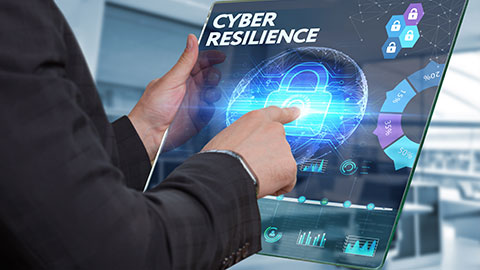 The speed at which they’re able to understand the product is impressive. Trigent Software delivers everything that’s asked of them (in terms of software testing and automation) each sprint. The team is excellent at getting up to speed with new technologies. They’re an organized team that gets the job done.

Our Client is a leading US company that offers Encrypted Document Collaboration and Email for CMMC & ITAR compliance for business & personal use.

The Client’s encrypted email service addresses CMMC requirements for communication and storage of confidential user data & information. At the same time, it allows users to encrypt, store and share their files without fear of vulnerabilities and easily access these files from their computers or mobile devices.

The client is known for its end-to-end encrypted mail service, unrivaled in the industry for its IT security, privacy, and ease of use. With cyber security as the prime objective, Trigent had to design and rebuild the software as per client requirements based on three critical parameters.

End-to-end encryption; where the server has no access to private keys
No central point of attack is allowed; where no data leakage happens in case of users, due to compromise of single person or machine
High-quality user experience; ease of use in terms of integration with existing applications and systems 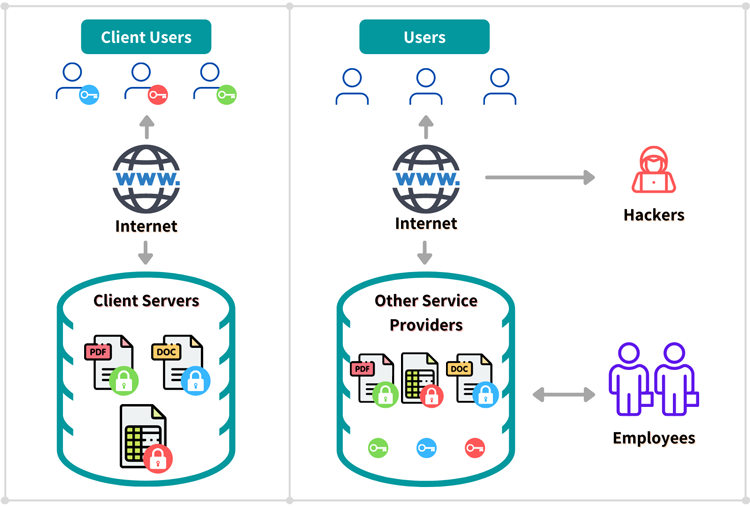 Figure 1 – In the client’s system (shown above left), the servers only store encrypted content, and the decryption keys are only on user devices. Other service providers (pictured above right) may encrypt documents with user-specific keys. Still, these keys are stored on and accessible by the service provider that meant employees or hackers who obtain access to the server can potentially access all user information.

The challenges a tester faces while working on security software result from the complex and diverse IT environments. One needs to conduct cyber security testing in multiple environments such as Windows, macOS, Android, iOS devices, and the integrations with Microsoft Outlook, Outlook plugin, Apple Mail, and Gmail for email functionality. The testing team needs to ensure the robustness of a complex process that works on the public and private key encryption mechanisms and assures reliability in an environment where accounts have to be securely transferred and recovered on other devices. Another critical factor is testing complex functionality that encompasses multiple combinations and complex features such as encryption of file data, sharing, sync, selective sync, file lock/ unlock, permissions, and access. Finally, execute a seamless upgrade process across multiple configurations, including auto-upgrades, manual upgrades, and upgrades from any older versions. 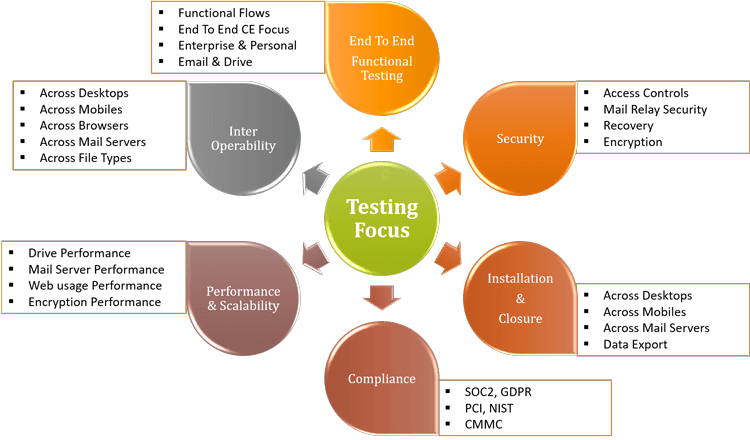 A Selenium-based test framework using Pytest library underpinned the automation strategy and the automated suite covered all the business process flows. An emphasis was placed on the design of test data for the features to ensure adequate coverage.

Smoke test suites performed sanity checks of each new build. Over time, the automation increased to reduce the manual testing regression efforts and extended to cover over 80% of the web test cases.